In September 2011, AB1128 was signed into law giving the city of Carson the jurisdiction to implement an extension of the Overweight Container Corridor into Carson. This extension allows overweight transport on Alameda Street North, Sepulveda Boulevard, and Wilmington Avenue as designated on the map.

The Overweight Corridor was first established in 1994 by then Assembly Member Betty Karnette for the Ports of Los Angeles and Long Beach. This corridor provided a much needed route for overweight trucks to legally transport cargo containers to nearby distribution centers and industrial complexes, allowing for trucks weighing up to 95,000 pounds to travel on State Route 47/103 and Highway Route 1 (Pacific Coast Highway). As trade volumes at the port have increased, the initial corridor needed to expand to keep up with trade demand.

Benefits to the 2012 Expansion 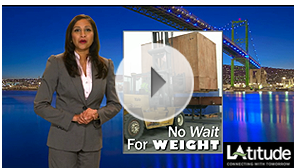 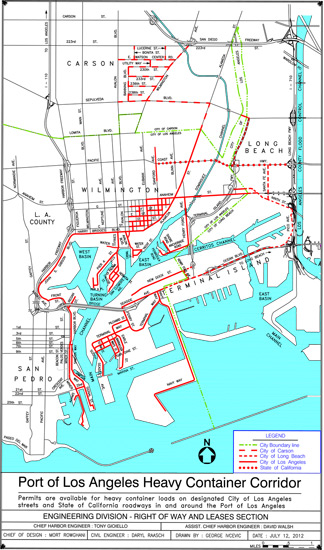